For the past 20 years a programme of the Chinese government has been aimed at reducing electricity consumption and facilitating the provision of efficient lighting to consumers, thereby reducing pollution and potentially the demand for new power plants. This programme – the ‘Green Lights Program’ was established in 1996 to promote energy efficiency in lighting due to expected increased demand to the electricity system. Scientists working on the CD-LINKS project have recently published a paper that assessed the impacts of the program and how successful it was, the full paper is available from here and was featured as a Research Highlight in Nature Energy’s journal available from here. 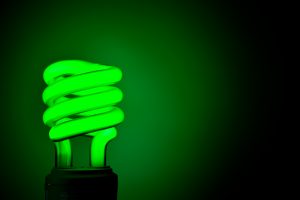 The Green Lights Program resulted in not only environmental benefits but also economic benefits to China and was assessed in the paper by a set of indicators, including electricity savings, consumer savings, production capacity expansion, and export income.

Lead author of the paper, Fei Guo from International Institute for Applied Systems Analysis (IIASA), says: “A unique feature of China’s Green Lights Program that contributed to its considerable success was the strong alignment of energy efficiency and industrial development objectives. This resulted in the policy achieving benefits for people’s pockets, the economy and the environment. This aspect of the policy might provide useful lessons for other developing countries.”

The programme prioritized policy focuses in stages: 1) Stage I (1996–1998) focused on raising the awareness of the general public on ‘high-efficiency lighting products’; 2) Stage II (1999–2006) aimed to promote and regulate the quality of domestic lighting products; 3) Stage III (2007–2010) targeted expediting the diffusion of compact fluorescent lamps (CFLs) by means of financial and mandatory incentives; and 4) Stage IV (after 2010) started to shift the previous program priority from CFLs to emerging light-emitting diode (LED) lighting technologies.

The success of the program can be attributed to five key factors:

The program helped shape the interdependence of energy efficiency policies with industrial policies. In its conclusions the paper notes that several challenges are evident that the programme needs to address in its next phase. These findings might be of interest to other developing countries who can learn from the experience obtained by the Chinese government in the implementation of its Green Lights Program.