Researchers of think tanks, NGOs, businesses and government staff participated in a stakeholder and expert workshop for the CD-LINKS project in New Delhi, India on 19th March 2018 hosted by The Energy Resources Institute (TERI) and the International Institute for Applied Systems Analysis (IIASA). The purpose of the workshop was to inform Indian stakeholders and experts of the research conducted under CD-LINKS and to benefit from the knowledge and insights of the participants and ensure that the research is relevant for Indian decision makers. 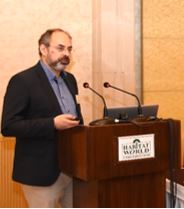 CD-LINKS is an evidence-based project that examines policy successes and failures to inform integrated assessment modelling at the international and national level. For example, examining the success of rural electrification and national solar policies in India has been one aspect covered by the CD-LINKS project. One important question central to the CD-LINKS project and of  relevance to India is how trade-offs between climate policy and the sustainable development goals (SDGs) can be managed. 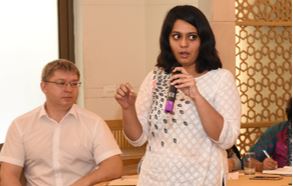 The design of inclusive climate policies is of importance as they should, in addition to the primary goal of reducing greenhouse gas emissions, shield the poor from adverse effects due to increasing energy and food prices. India is an important country for climate mitigation because the demand for energy services is expected to grow rapidly over the coming decades and investment patterns need to change fundamentally compared to the current situation. For example, greater investments should be directed to low-carbon electricity generation and transmission system enhancements (e.g., electrical storage to integrate variable renewable sources), with reductions in fossil fuel, in particular coal-related, investments.

The first session of the workshop featured presentations by policy-makers and national modelling teams, including the results of the Indian researchers contributing to the CD-LINKS project. The Director General of TERI, Ajay Mathur provided an opening statement, during which he explained that the energy infrastructure of India is yet to be built, thereby presenting the opportunity for this new infrastructure to be chosen in a manner that minimises carbon emissions. It was noted by Prodipto Ghosh, one of the advisers of the CD-LINKS project, that India faces huge development challenges, with half the population below the age of 25 and India’s per capita energy consumption well below the world average. During the presentation on the main challenges of India: government/ policymaker perspective by NITI Aayog’s RP Gupta, it was noted that the electricity subsidies in the agricultural sector lead to overexploitation of scarce water resources for irrigation, because of no scarcity signal reaching farmers. During the question and answer session there were discussions on the merits of managing solar energy in India via grid integration or off-grid including storage, and the political ramifications of various policies, such as the management of electricity subsidies in the farming region of the Punjab state.

Presentations were then given by representatives of the Indian integrated assessment modelling teams, Ritu Mathur, TERI and Saritha Sudharmma Vishwanathan, Indian Institute of Management Ahmedabad (IIM). The objectives of their modelling work were to explore national Indian transformative strategies for addressing climate change, to synergise climate actions with SDGs, and to contribute to the development of coherent national and global low carbon development pathways within the CD-LINKS project. 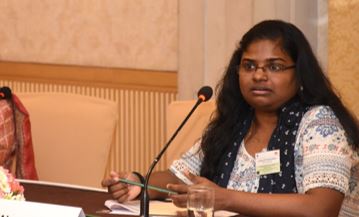 Several different scenarios were modelled with numerous insights highlighted during the presentations, such as the need for renewable electricity storage to be developed into a viable technology, or the important role for energy efficiency. During the question and answer session a discussion on the use of compressed natural gas (CNG) for transport and the experience with widespread deployment of CNG in Delhi was discussed; a question was also posed on the inclusion of land-use and non-CO2 gases in IIM’s analysis, which was found to be the plan for the next phase of modelling.

The second session of the workshop was a series of panel discussions, titled ‘From Paris to the SDGs in India and globally – How can science contribute?’ With the first part of the discussions focusing on climate, energy, air pollution and the second part on energy-water nexus, energy access and food security. Each panellist gave a five minute teaser statement on various topical areas. 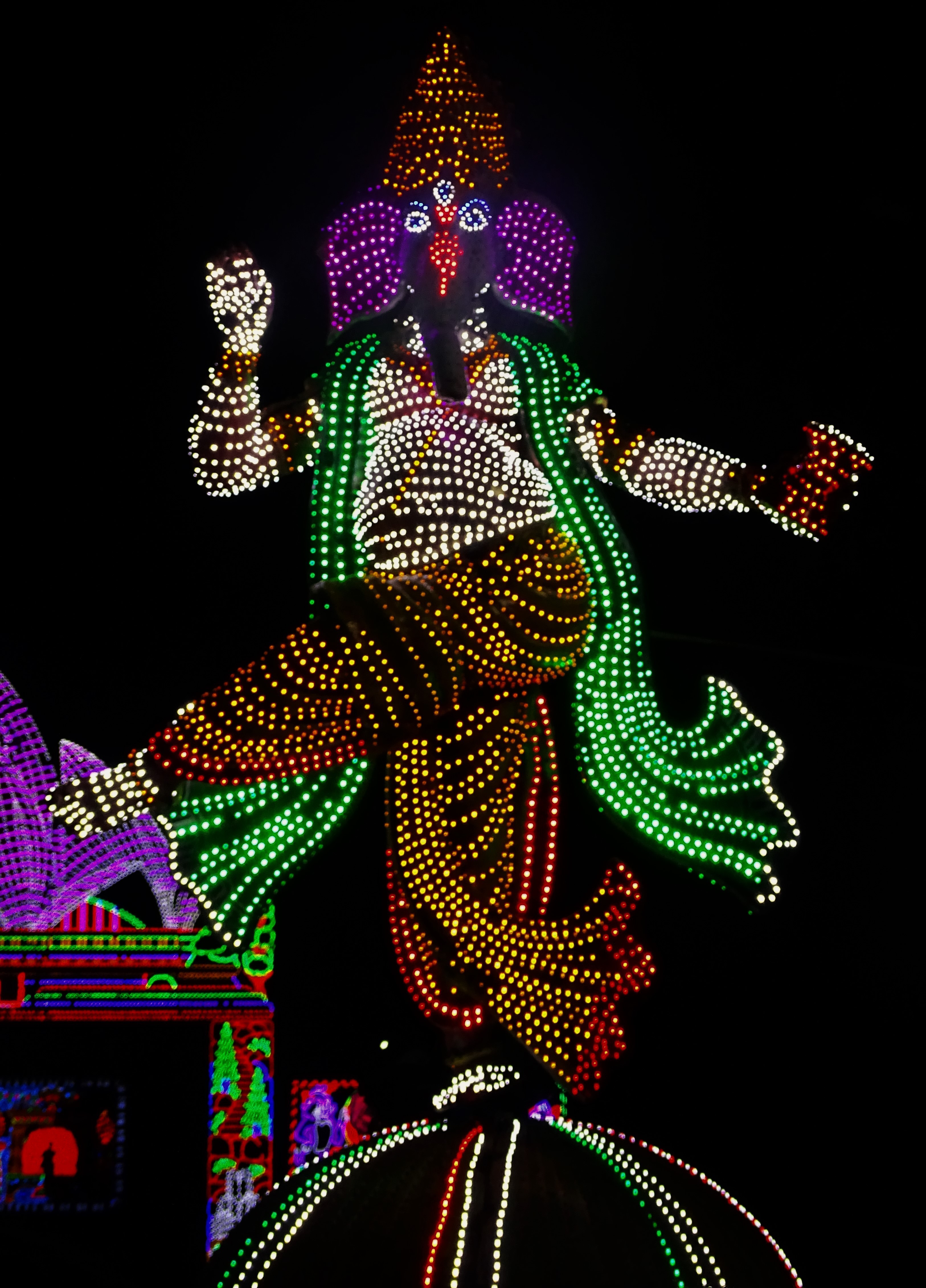 During the first panel Ajay Shankar, TERI, presented India’s climate policy process and international role, during which the need to focus on energy efficiency, such as the high penetration of light-emitting diodes (LEDs), was emphasised. Speaking also on energy efficiency, Abhay Bakre, from the Bureau of Energy Efficiency, noted the lack of funding in India to address this challenge. It was also emphasised the need for a national roadmap as targets/ goals only provide guidance on what needs to be done. Chintan Shah from the Indian Renewable Energy Development Agency Limited (IREDA) claimed that India is the most cost-effective country in the world to produce renewables. It was stressed again that it is necessary to reduce the demand for electricity by advocating energy efficiency and to decarbonise the supply side by promoting, in particular, renewables. The close relationship that climate change has with air pollution was noted by Sumit Sharma from TERI. In India there are more than 200 air quality measuring stations, with most exceeding national standards, which has a substantial impact on health. Climate policies will beneficially affect air pollution, and this needs to be taken into consideration when designing policy.

Following the five minute teaser statements from presenters, a question and answer session took place that included a discussion on the planned coal power plants in India and the concern for power cuts being avoided. A question was also posed as to why electrical vehicle penetration is low in India, with an observation from a panellist member that successful policies are when the private sector participate and the government also creates suitable conditions for the policy.

The second panel discussion covered the energy-water nexus, energy access and food security, with opening remarks from the panel’s moderator Anil Jain, Ministry of Environment, Forest and Climate Change. Household energy access was the first short teaser statement topic from Purnamita Dasgupta, Institute of Economic Growth. Biomass has an important role particularly in rural areas of India, as it is the major energy source for the majority of households (e.g. cooking or heat).A need to change from biomass to other more efficient energy sources such as kerosene or liquefied petroleum gas is preferable not only from the climate change perspective, but also from the health perspective due to the indoor air pollution. It was emphasised that households do engage and are willing to make a change, but a different approach is needed to ensure that the change from biomass is not just temporary and endures over the long term. 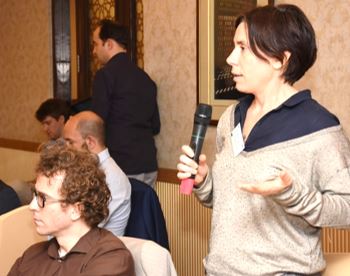 Kirit Parikh from IRADe presented on water availability and agriculture, posing the question ‘what can be done to help make groundwater use sustainable?’  Water availability is insufficient for what is needed for the Indian population, agriculture, or industry. Agriculture is the largest water-consuming sector, with the majority of water for irrigation obtained from groundwater sources. The tragedy of the commons ensues, as groundwater is an essentially unregulated resource in India. Excessive pumping of water for use in irrigation is a result of electricity provided at a subsidised rate, thus resulting in a lack of incentives to reduce water use.

It was also noted in the presentation that the Ganges is heavily polluted, with fertiliser and pesticide run off contributing to water pollution. Kirit Parikh emphasised the need to improve water quality, but questioned how this could be achieved in India. The final presentation in this panel was by Vaibhav Chaturvedi, CEEW. Reiterating the issues related to water, it was stated that India is a water-scarce nation, with an increase in water usage expected in the power sector, with Vaibhav Chaturvedi questioning how the energy sector will be when water is a constraint. 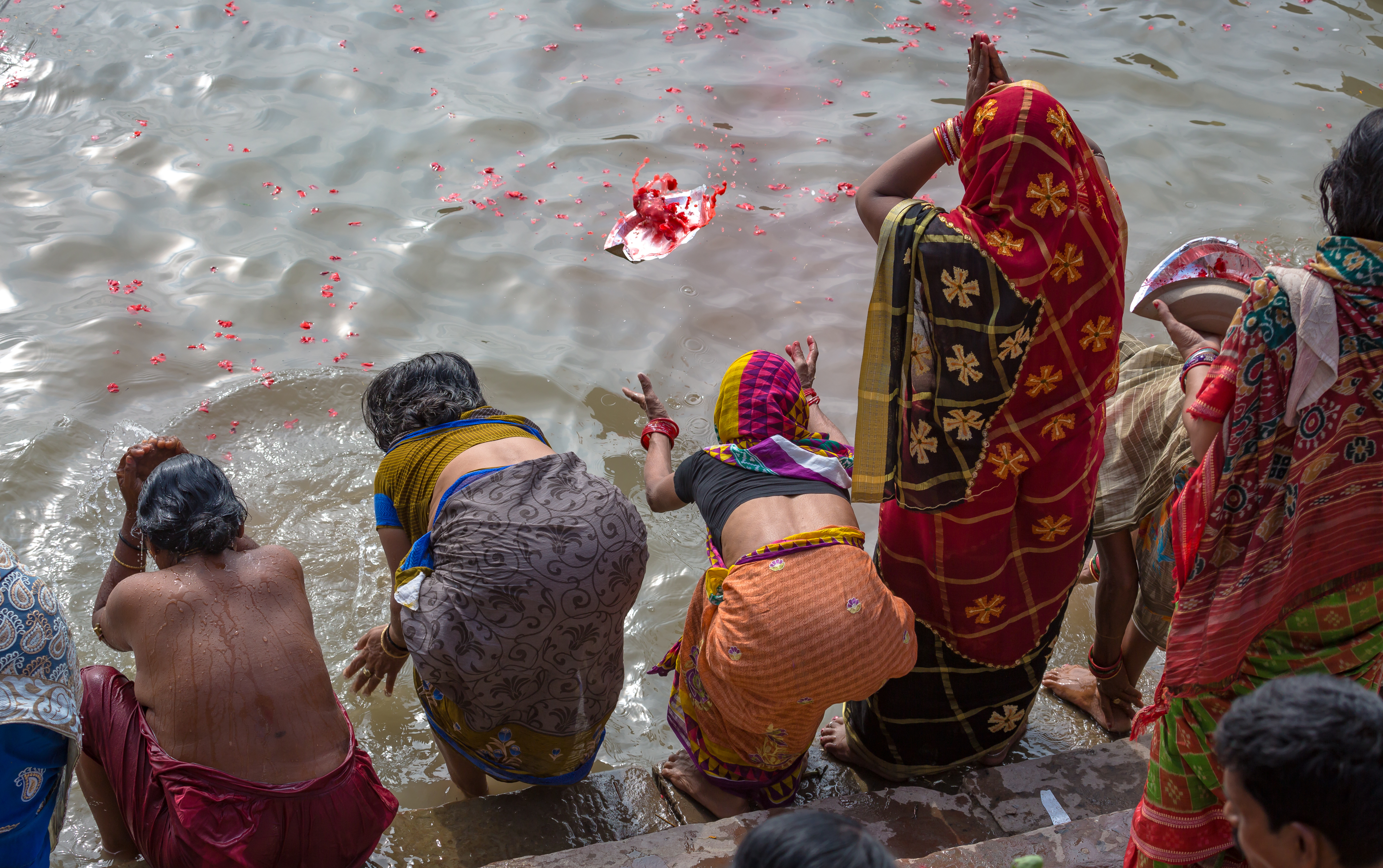 Dry cooling could be an option that India pursues, similar to what China has undertaken in its water-scarce regions. However, the cost increases are estimated to be in the range of 20%, resulting in no action being taken in India. A question and answer session followed the panel presentations, during which it was noted that dry cooling is possible in China as the ambient air temperature is lower, which is not the case in India; there was also concern as to how interest in the energy supply can be encouraged in Indian farmers.

The findings of the stakeholder and expert workshop emphasised the importance of examining climate change as part of the boarder picture, as development constraints also need to be considered when designing policies. The CD-LINKS project has several papers under development analysing climate change and the SDGs that feature India in the analysis. The feedback from the workshop in Delhi has contributed to an improved understanding of the nuances of Indian policy making and the particular local issues encountered when addressing climate change, along with the impact this can have on other SDGs; as demonstrated by the discussion on agriculture management and its relationship with electrical subsidies. These findings and feedback from the workshop will further contribute to the work of the CD-LINKS project and will be taken into consideration in its next phase.