Stakeholder dialogue in Beijing on climate and sustainable development modelling

CD-LINKS has engaged in dialogue with Chinese policy makers and an international group of scientists in Beijing, China. The project organized a stakeholder workshop in conjunction with the CD-LINKS project meeting hosted by The Energy Research Institute (ERI) of the National Development and Reform Commission (NDRC) of China, and a session of presentations at the 9th Annual Integrated Assessment Modeling Consortium (IAMC) meeting the first days of December 2017.

On 1 December, the project convened Chinese decision-makers representing the Chinese government and the international community present in China to discuss and receive feedback on some of its initial results on transition pathway development and modelling of sustainable development dimensions. The discussion was highly fruitful and provided to be a great basis for discussing the future plans in the project in the subsequent project meeting.

A key concern raised by the Chinese stakeholders was having more research data on the sustainable development objectives beyond climate change. For a country like China, economic transition and environmental concerns, such as air pollution, are politically important questions, and therefore research that helps policy makers to understand the underlying synergies and trade-offs between different development concerns was deemed highly useful. Furthermore, as development-related issues tend to be highly complex, more diverse scenarios and model development to better integrate sustainable development issues were called for. The CD-LINKS project aims at strengthening existing Integrated Assessment Modelling (IAM) to better incorporate sustainable development concerns for facilitating the understanding of co-benefits and trade offs of different policy decisions, which is in line with the needs of the Chinese stakeholders.

Many positive developments from China with regards to a sustainable future were presented: the country has in the last years managed to decouple economic growth from energy consumption (29% reduction of energy intensity of GDP 2005 to 2015) and intends to further reduce the energy intensity in the future. Air pollution control has become more stringent in many cities and regions of the country. In addition, coal consumption is expected to reach its peak already by 2020, and according to some sources even before that.

Finally, the message from the stakeholders was that it is important to keep up a dialogue between decision-makers and science to better confront the challenges for sustainable development that lie ahead.

The second outreach event was held on 7 December 2017 as part of the 9th Annual IAMC meeting, which brings together scientists in the field of IAM from around the world. In this session, project results were presented with a focus on the country-level results, with insights of several of the country teams participating in CD-LINKS (China, Brazil, EU, Japan and India). The discussion centered around how to further develop the scenarios and the models involved in the project. Specifically the goal of CD-LINKS will be to compare the national and global models and incorporate the insights of this comparison to further model development. The inputs from events like these are important in the process of refining the scenarios and models participating in the project.

Engaging with stakeholders early on in the project implementation gives the chance for the project to revise its research agenda to better fit the expectations of stakeholders in different parts of the world, and to provide useful information to countries both in the developing as well as the developed world. 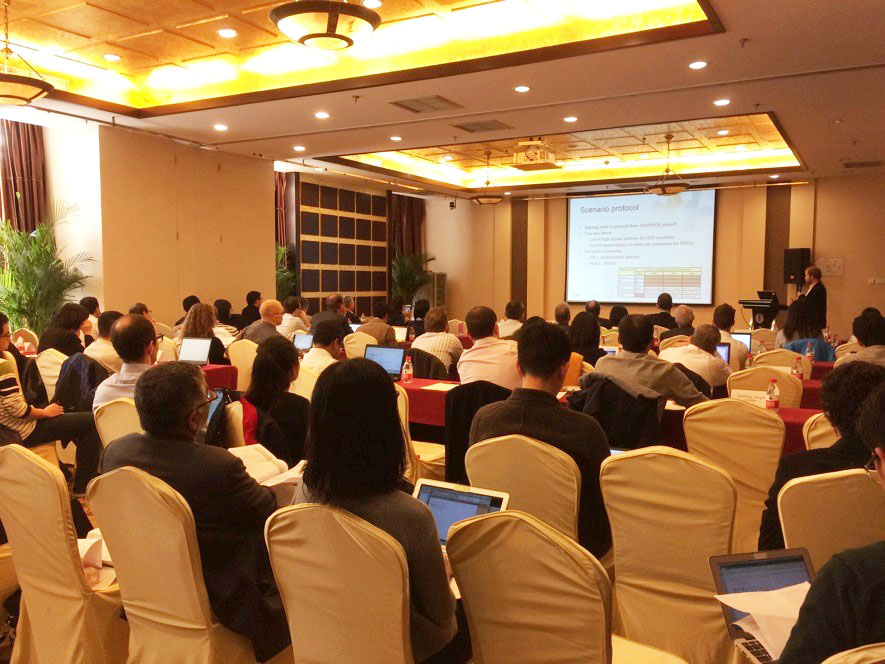