On 18 May 2017 at Potsdam, Germany, a dedicated meeting was held on the data visualization tools for Work Package 5 and  a workshop was held on data management/analysis routines, shared libraries, common standards.

The data-visualization is a tool to explore the multiple dimensions of the dataset: policy, time and regional dimension. The webpage was coded in HTML/CSS and the data-visualization using d3.js. Data is embedded in a csv file. A demonstration was given of the progress made on the tool, as shown in the figure below, and a temporary website address was shared with the group so that the tool can be reviewed by all members of the CD-LINKS consortium. 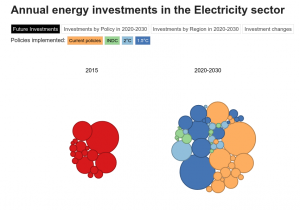 During the meeting, presentations were given by:

It was agreed during the meeting that a common data repository (Integrated Assessment Modeling Consortium (IAMC) Annual Release, IAMC Scenario Portal) with regular updates might be a useful avenue to present the ‘state-of-the-art’ and provide an entry point to the most up-to-date results from the IAM community. As a result of this meeting, a draft proposal will be prepared and submitted to the IAMC Steering Committee for further discussion.

A workshop was also held on data management/analysis routines, shared libraries and common standards. A presentation was given by Jan Dietrich on the overview of data management standards of the different CD-LINKS teams. 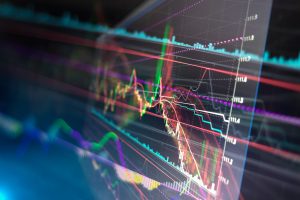 An open discussion then took place, followed by an agreement to pursue the following action items:

The management of model input data, how to learn from each other and burden-sharing on reference data updates will need to be discussed in the future. It was also noted the need to specifically write work packages (and prepare a budget) for capacity building and shared data format/tool development in future proposals.